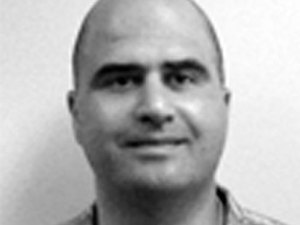 Take a look at this face because, even by the most conservative estimates, there are at least another 10,200,000 of them out there… waiting.  They are looking to kill your daughters and wives – they have said so. They want everything you have including your life.  They want to replace freedom with smoke, rubble, twisted steel, and severed heads.  They are planning right now, just like Major Nidal Malik Hassan did.  Time is on their side and they know it.  They know that we have to win every time and they only have to win once.  They are committed, ready, and willing to do whatever it takes to destroy what we love.  Not because it is bad, but because we love it.

Take a good look at this face. Even though it is smiling it hates you.  Its every thought is of your demise, and it will sing praises even as you beg for mercy. It will spit at you with its last breath.  It relies on your underestimation, your lack of concern, your busy day, your skepticism, and your denial in order to succeed.  It knows that it has an ally in our weak and misguided and uses them to further its goals.  Goals that lead up to days like today.  I builds its plans on false trust.  It will be your best friend right before it kills you.

Head Muscle’s deepest prayers go out to the victims of today’s terrorist attack on Ft Hood, the home of America’s Fourth Infantry Division.  May the God of  Abraham bless you and keep you in this hour of great despair.

8 thoughts on “The Face of Terror”